The Simpsons’ mural was officially unveiled on Monday at the Emerald Art Center in Springfield, Oregon. Yeardley Smith, the voice of Lisa Simpson, was on hand for the dedication.

The Simpsons’ creator, Matt Groening, is an Oregon native and has long hinted that the Oregon city was the “real” Springfield. 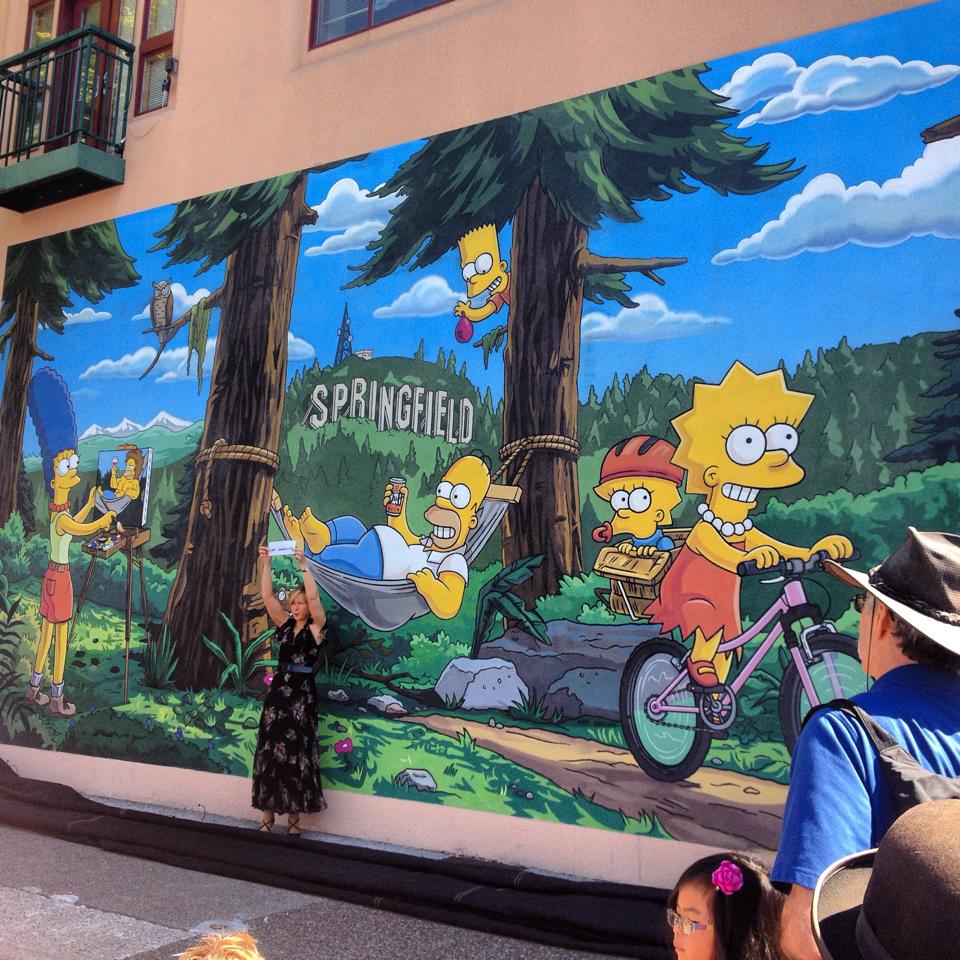 Molly Blancett is a previous social media manager for Travel Lane County. Work brought her to Eugene, but her love for the city and the region kept her here. Molly enjoys the Eugene, Cascades & Coast region by running Pre's Trail, sipping wine at Sweet Cheeks or hiking to a new waterfall.

Plan your trip to Eugene, Cascades & Coast.
Get A Free Guide
E-News Sign Up
close